Freshwater pearls are considered to be the worlds oldest gem. Their translucent luster is created by multiple layers of nacre formed inside a living organism 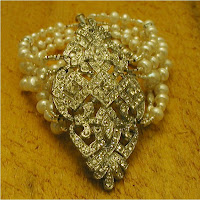 Throughout history pearls have been treasured and highly valued. In China, Egypt, India and Persia ancient texts refer to pearls as prized possessions.
In ancient Rome they were worn as a symbol of wealth and prestige. 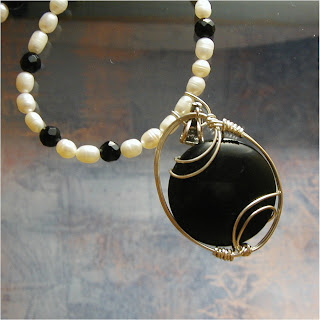 In ancient Greece pearls were worn at weddings as symbols of purity and love.
Native Americans also used pearls for trade and ornamentation. Legends tell of a Native American princess who gifted Spanish explorer Hernando De Soto with furs, copper and fresh water pearls.
By the end of the 19Th century North American and Caribbean pearl supplies were greatly diminished due to over fishing and the uncontrolled pollution associated with industrialization.

In modern times pearls are grafted in triangle shell mussels by pearl farmers.
Ironically these mass produced pearl products rival the quality of the most expensive natural pearls ever found.
No longer reserved for royal families and wealthy consumers freshwater pearls are an affordable fashion accessory for everyone.
Pearl is the birthstone for June.
Pearls are said to be calming and centering. They represent purity and promote faith, charity, integrity, truth and loyalty. They help one to connect with the Goddess-the ultimate feminine energy.
Pearls need to be treated with care. They will stay cleaner if you put them on after you have applied your makeup and perfume. Wipe them with a soft cloth when you take them off. If they become soiled you may clean them with mild soap and water. Air dry before putting them away. Never clean pearls in ammonia based cleansers or put them in an ultrasonic cleaner. Store pearls carefully so that they are not scratched by other metal or gemstone jewelry.
The FamiLee Jewels love using pearls in our jewelry designs. Their classic look is a complimentary to gemstones and the sparkle of crystals.
Pearls are the perfect adornment.
Posted by Happileerving at 5:58 AM