My husband gave me a wonderful birthday gift this year.  I have been coveting a stand alone jewelry box so that I could see all of my costume jewelry pieces right in front of me instead of having to search through little boxes for what to wear. This one is perfect!  It hangs on the wall and has a mirror mounted to the front.  Open the door and there right in front of me are all of the earrings necklaces and bracelets to choose from. 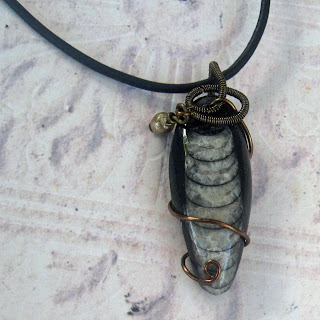 Posted by Happileerving at 6:33 AM 3 comments: