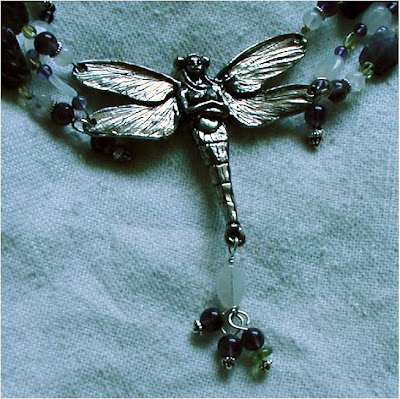 Amethyst, the most beautiful of all crystal quartz's is an extravagance in violet.
It occurs in primary hues from a slightly pinkish violet, called "Rose De France" to an intense violet with red flashes, called "Siberian" which is the most sought after variety. 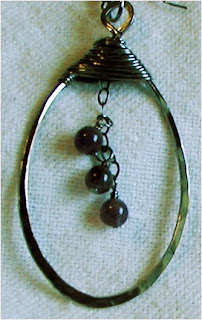 Amethyst may exhibit flashes in one or both of the secondary hues red or blue. The most valuable stones are transparent and pure violet in medium to dark tones with no shading toward red or blue.Amethyst was used as a gemstone by the ancient Egyptians and was largely employed in antiquity for intaglios, a type of carved gemstone in which the figure is engraved on the surface of the stone rather than left in relief by cutting away the background, as in a cameo.Ancient Greeks and Romans wore Amethyst and made drinking vessels of it in the belief that it would prevent intoxication.Medieval European soldiers wore amethyst amulets as protection in battle.Beads of amethyst were found in Anglo-Saxon graves in England.Ranking members of the Roman Catholic Church traditionally wear rings set with a large amethyst as part of their office.Amethyst is produced in abundance from Brazil where it occurs in large geodes called almonds that are found within volcanic rocks. It is also found and mined in Austria, Brazil, Uruguay, Russia, India and Zambia. Amethyst occurs in areas of the United States and Canada but these specimens are not considered jewelry quality.Amethyst is the birthstone associated with February. It is one of the most common crystals found in the earths crust.Amethyst is sensitive to light and heat. These stones should not be worn while sunbathing or tanning and should be protected from extreme heat as they can lose their color or yellow when exposed to either. they can be cleaned with a soft cloth and gentle soap and water.Amethyst stones are beautiful when set in either silver or gold.They are particularly attractive when paired with diamonds and moonstone. 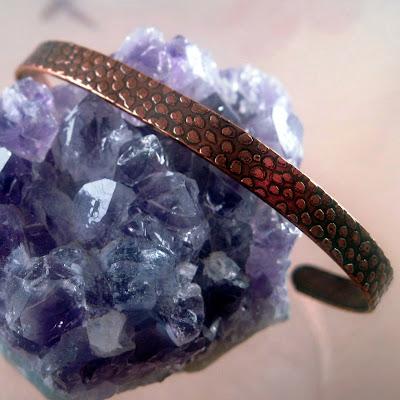 The FamiLee Jewels uses amethyst in many of our pieces. The rich purple color appeals to jewelry collectors of all ages. We have used it in focal beads for pendants and chainmaille. We have used it as accent beads with moonstone and peridot. We have used it in stand alone pieces that feature only amethyst.
Posted by Happileerving at 12:07 PM